Today is Juneteenth...do you know the history? 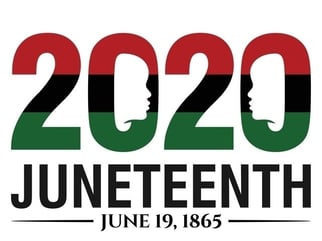 On January 1, 1863, President Lincoln declared “that all persons held as slaves within said designated States, and parts of States, are, and henceforward shall be free.” Lincoln sincerely believed this to be “to be an act of justice” and “warranted by the Constitution,” invoking “the considerate judgment of mankind, and the gracious favor of Almighty God.” But his order was not delivered in Texas until June 19, 1865 – some two and a half years later – when Union troops arrived to take control of the state.

Now generally referred to as “Juneteenth” for the day General Granger read the order publicly, it is celebrated every June 19 to commemorate the emancipation.  Two days ago, in Executive Order 66, Gov. Ralph Northam encouraged “all Virginians to think about the significance of this day. It was significant in 1865 because it marked the end of human bondage for African Americans in the United States. But our recognition of Juneteenth now signifies that we understand its importance to all Americans. Juneteenth is not African American history. It is American history. It is as woven into the fabric of our great country as is the celebration of independence on July 4th . And it should be so celebrated.”

You can read the history here, the full transcript of the Emancipation Proclamation here, and Gov. Northam’s order here.

So, happy Juneteenth everyone, especially to our African American agents, clients, and colleagues!

This year's Annual Cupcake Wars fundraiser raised over $10,000 for the Tree of Life Cancer Care Fund and Comfort Zone Camp!  Thank you to all who baked cupcakes, donated money, and came out to support our event. 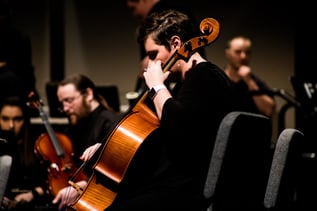 The Richmond Symphony's popular Rush Hour concerts return to Hardywood Park Craft Brewery. These one-hour informal concerts feature fantastic orchestral and chamber music in the Hardywood tasting room. Grab a beer, hit the food trucks and enjoy a great concert at 6:30 on a Thursday night. The third performance in the series will be held on Thursday, February 6, 2020.

The Virginia Living Museum’s 15th annual Bacchus Wine & Food Festival – a Best of the 757 Gala - Feb 7th, 2020! Enjoy delicious samplings of fine wines. samplings from local restaurants and an eclectic mix of live music, entertainment and games. Mingle with friends and colleagues among the beautiful museum galleries and exhibits.

Start with the VIP reception (6-7pm). For a full hour enjoy exclusive samplings and priority access to all restaurants in a relaxing atmosphere. Enjoy divine music. VIP parking is a breeze, close by. You’ll be more than ready for the Main Event at 7pm $125 (includes main event).

This holiday season we supported Shoelady.org  (with the help of Rebekah Brewster and Kiwanis Club of Williamsburg) in providing shoes for children in need all over Hampton Roads.

The Shoe Lady Organization started in 2013 when a young boy went to the home of Melissa and Bill Hoffman to play with their son. He arrived in the pouring, freezing rain on a November afternoon barefoot carrying his shoes. When asked why he wasn’t wearing them he said that they were his grandmother’s and they didn’t fit. At that point Melissa started the non profit to find shoes for all children in need. In 2016 Melissa passed away and Bill valiantly picked up her torch. You can help by donating at www.shoelady.org. 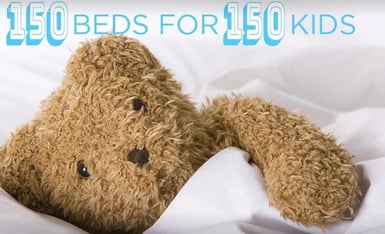 Our Liz Moore Richmond office is teaming up with Bridging RVA to make a difference in the lives of kids!  We are collecting new twin sized sheets and blankets to donate to families in need. Donations can be dropped off before Oct 20th at our office, 1020 Old Bon Air Road in Richmond. 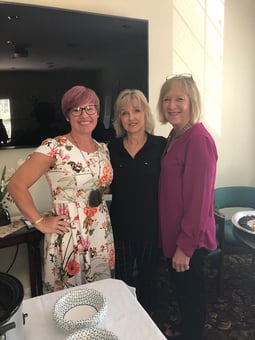 Founded in 2004, The McShin Foundation is Virginia’s leading non-profit, full-service Recovery Community Organization (RCO), committed to serving individuals and families in their fight against Substance Use Disorders. While providing the tools for recovering individuals to create positive lifestyles, they aim to spread the word of recovery and educate families, communities, and government regarding SUDs as well as reduce the stigma attached to them.

Liz Moore agents and staff put on their bowling shoes and took part in the VPAR Charitable Foundation Bowl-A-Thon to support housing related charities such as LINK, Habitat for Humanity, Transitions, Menchville House, and Natasha House. Over $12,000 was raised and money is still coming in! 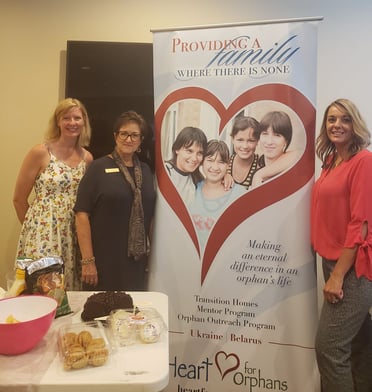 We had a great time at our Potluck with a Purpose raising money for Heart for Orphans, an organization that provides support and stability for teens who have aged out of the orphanage system in Ukrainian.

Heart for Orphans is a charitable organization that provides support and stability for teens who have aged out of the orphanage system. At the young age of 16 with no family support, these vulnerable teens face a life of potential crime, drugs, alcohol, and prostitution. Many end up in prison… or sold by sex traffickers… or die too young. Feelings of abandonment… rejection… and despair is all that they know!

Learn more about them at https://www.heartfororphans.com/.