Liz Moore Cupcake Wars is Back!

Our Annual Cupcake Wars fundraiser will be held on Friday, February 11th from 11am – 2pm (or until we run out of cupcakes) in all four Liz Moore offices!

After having to cancel last year because of COVID, we can't wait for this year's event.  In 2020, we raised over $10,000 in just a few hours and are shooting to beat that number this year.

Get creative and donate your prize winning treats, or stop by and pick up some baked goods for your sweet tooth. All proceeds will go to CHKD, Comfort Zone Camp, and Smith Point Sea Rescue.

Can't make it to the event?  Click here to make an online donation. 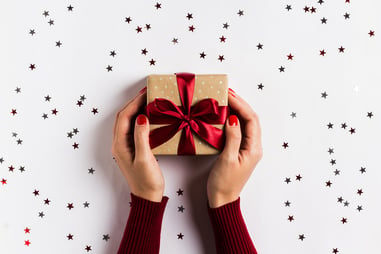 This holiday season, the Liz Moore & Associates Newport News office is helping those in need in various ways.

Toys for Tots
Bring an unwrapped toy to the office located at 11801 Canon Blvd. by December 10th. All toys will be donated to Toys for Tots.

Stockings for Seniors
Gift items and cash donations are being accepted to put together Christmas stockings for seniors citizens at Mennowood and Warwick Forest.  Donations will be accepted at the office until December 10th.

The Giving Tree
Stop by the office and grab a tag from the giving tree!  Select tags will benefit Warwick Assembly Fook Bank, a Liz Moore & Associates Adopted Family, and seniors at local retirement communities. Please drop off your giving tree donations by December 15th.

WOWZA! Our peanut butter drive is a wrap and together we collected 4,801 jars for our local food banks! Congratulations to our Newport News office who won by collecting the most - 2,391 jars! Thank you to ALL who donated. 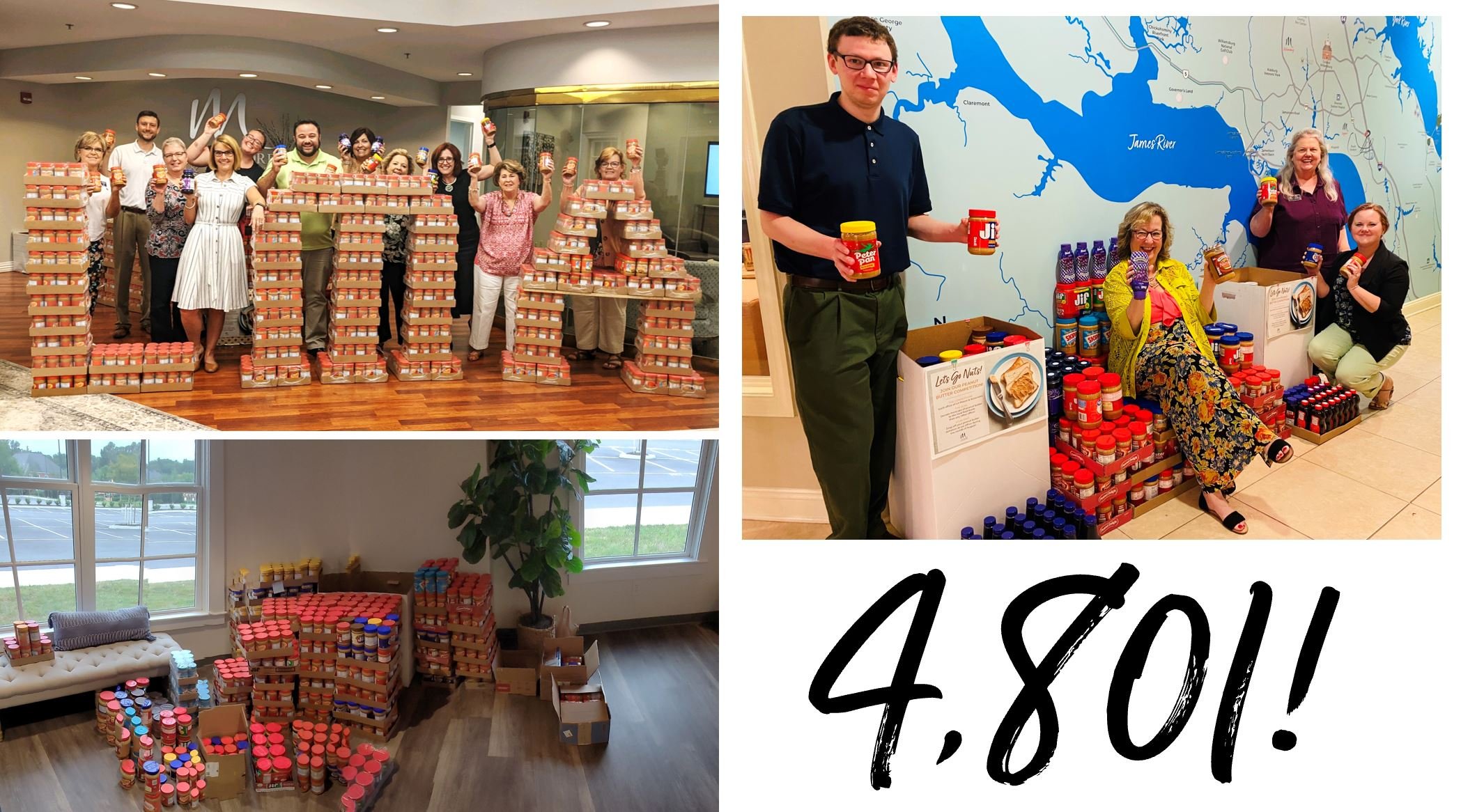 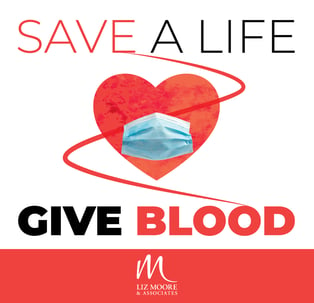 The Red Cross is in need of blood donations.  If you would like to help, there are two opportunities to give blood at a Liz Moore office this week - one in Richmond and one in Newport News.  You must register for a time slot ahead of time.

We are collecting jars of peanut butter during the month of August to help restock our local food banks in time for the new school year. Drop of your donations to any Liz Moore office. And word on the street is there's a competition between the offices to see who can collect the most, so choose wisely 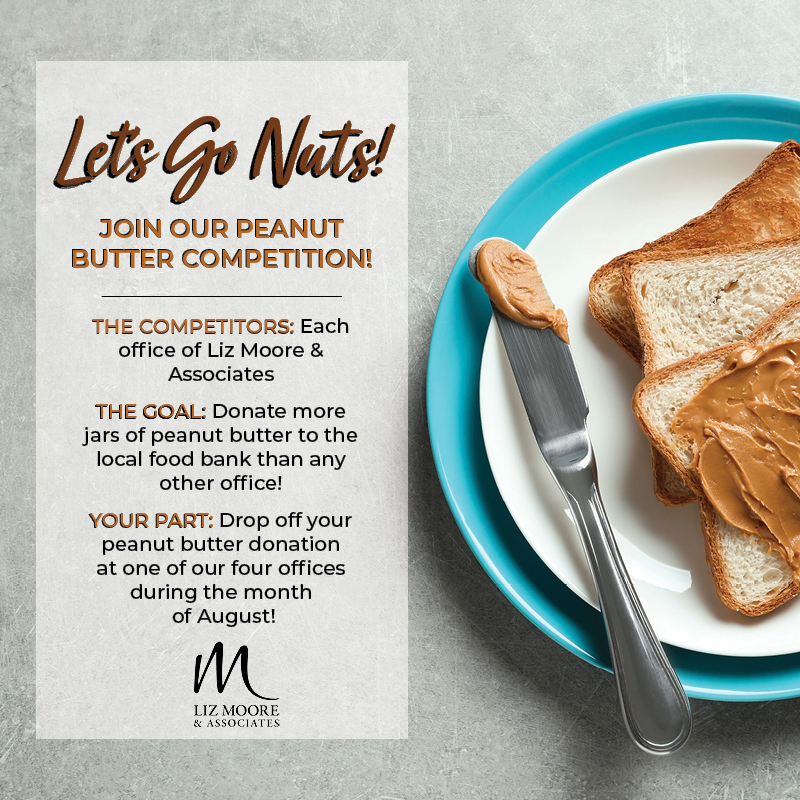 Join us on August 1, 2021 from 1-3pm in the parking lot of our Newport News office (11801 Canon Blvd.) to show our appreciation for our local First Responders! Enjoy a day of fun with hotdogs, cotton candy, face painting, and more. Kids can get their photos taken on first responder vehicles, too. Do you know a first responder? Make sure and invite them!  Click here to share the Facebook Event Invitation. Congratulations to the Winners of our Dream House Coloring Contest!

We set out to find the most creative dream houses thought up by kids and WOW, we received some amazing entrees!  We awarded grand prizes in each age bracket as well as two runners up.  Visit our Facebook Page to see the winners. 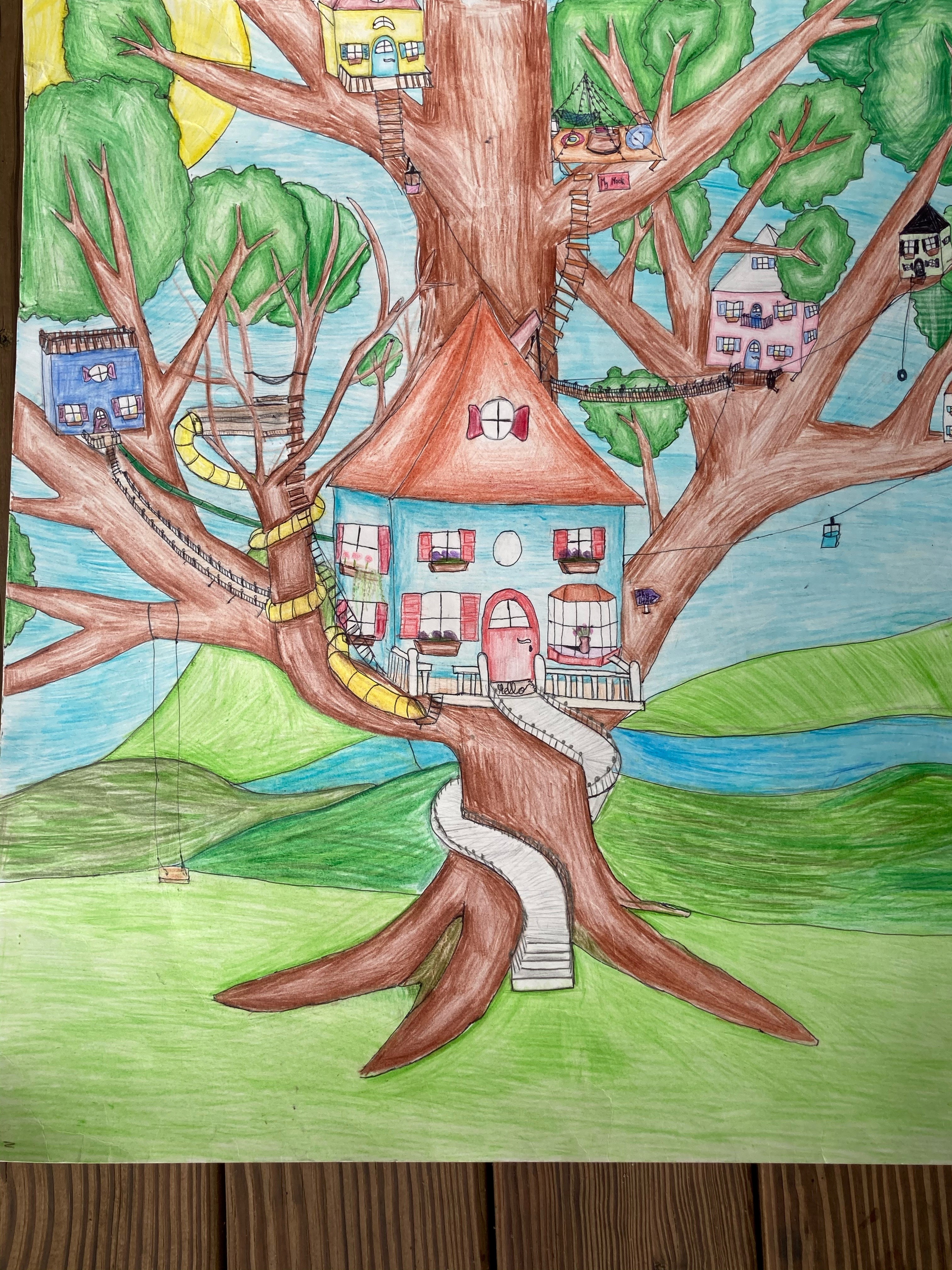 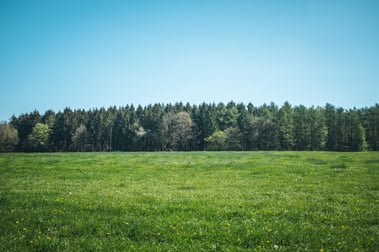 The much sought-after area of Tabb is known for its fantastic schools, sports teams and charming community, but very few know the story behind the land that is loved so much. One tract of land in particular, home of the new community Smith Farm Estates, tells a story rich in history of a pioneer before her time.

Mary Octavia Smith was born in 1845 and was married to Alexander Tabb in 1871. She bore 3 children and became a widow at a young age, leaving her to raise the children on her own. Looking for an opportunity to provide for her family, she applied to the Federal Government requesting for a post office to be placed in the community she lived in, Smithville. Tabb’s request was granted, and history was forever changed.

She became the first female Post Master for the state in 1893 and remained in office until 1910.  27 years before the women’s suffrage movement, this was no small feat. As a Post Master, one of the most coveted and respected positions in the Government, Tabb was a woman ahead of her time. Dedicated to taking care of her family, she converted her house into the post office and served people out of window on the front porch. The area once known as “Smithville” was later named “Tabb” as a nod to Ms. Tabb’s post office.

Located on the heart of what was once Tabb’s property, Smith Farm Estates is nestled in history.  Not only are these ½ acre+ lots highly desired due to location, but the deep historical roots of the land make it even more desirable.

Liz Moore and Associates is honored to represent Edgerton Contracting in this groundbreaking community! For more information on available lots, or for a tour, please contact Jenny Edgerton at (757) 592-3378.