Posted by Lynnette Tully on Mon, Nov 29, 2021 @ 02:09 PM
Voting for Richmond Magazine’s R-Home Reader’s Favorites is now open! We would be extremely grateful if you could take a couple of minutes to vote for Liz Moore & Associates in the Real Estate Agent category (#63).
As you know, we are dedicated to providing the best real estate experience possible!
Here’s a link to the survey: Richmond Magazine's R-Home Reader's Favorites Survey for 2022
(All responses are confidential. Ballots must have 10 answers filled out and must be submitted by Friday, Dec. 3, 2021, at 5:00 p.m.)

It's a company tradition at Liz Moore and Associates that at the end of each year our staff produces a music video.  They break out their best props, let their hair down, and have a little creative fun!  With the crazy ride that has been this year's real estate market, it was an obvious choice that this year's theme would be "Under Pressure".  Enjoy!

Home By the Holidays - Start Your Search Today!

If you are hoping to be home by the holidays you'll need to start your search now!  At www.lizmoore.com/search you can search for homes by monthly payment, your favorite schools, desired area, home features, and more.

We have agents on the Peninsula, in Williamsburg, Richmond, and the Northern Neck ready to help you find that perfect home.

Start your home search with us today and be home by the holidays.  Are you unsure of the home buying process?  Download our free Home Buying Guide or contact us today to get your questions answered.

I’m a First Time Home Buyer…What Expenses Should I be Prepared For?

One of the most intimidating things about buying your first home is knowing when you’ll need money – and how much. Watch as Liz explains the expenses you should be prepared for during the buying process.

Make sure and download our free Home Buying Guide to help you get started!

Is the real estate market actually changing?  The answer is yes. We’re definitely seeing evidence of a slow down – not everywhere, but in certain pockets of our markets.  So, what are the top three things you need to know?

What is a Rent Back Agreement, and Should You Accept as a Seller?

A rent-back agreement is a common name for a possession agreement. Just like it sounds, it’s an agreement where a seller retains possession of their home after closing – so, they are actually renting back from the buyer. Watch as Liz explains further.

Qualifying for a Mortgage with Student Loan Debt is Now Easier 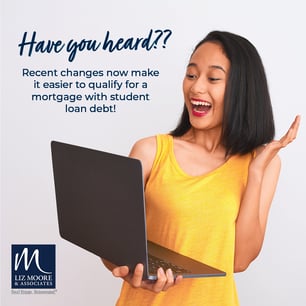 Recent changes now makes qualifying for a mortgage with student loan debt easier, which is huge for millions for Americans!  FHA has updated guidelines for student loans in deferment or income-based repayment (IBR).

Before the change, mortgage companies were required to use 1% of the loan balance to determine a borrower’s monthly student loan payment when the loan was deferred or IBR.  Now, if the If the payment on the borrower's credit report reflects $0, 0.5% of the loan balance can be used to calculate the monthly payment.

In February 2021, more than 45 million borrowers collectively owe $1.7 trillion in student loan debt, which has been a barrier to homeownership.

Click here to find out what this means for you!

Now could be the time to cash in on your equity!  Click here for a free market analysis on your home.  It may be worth more than you think. 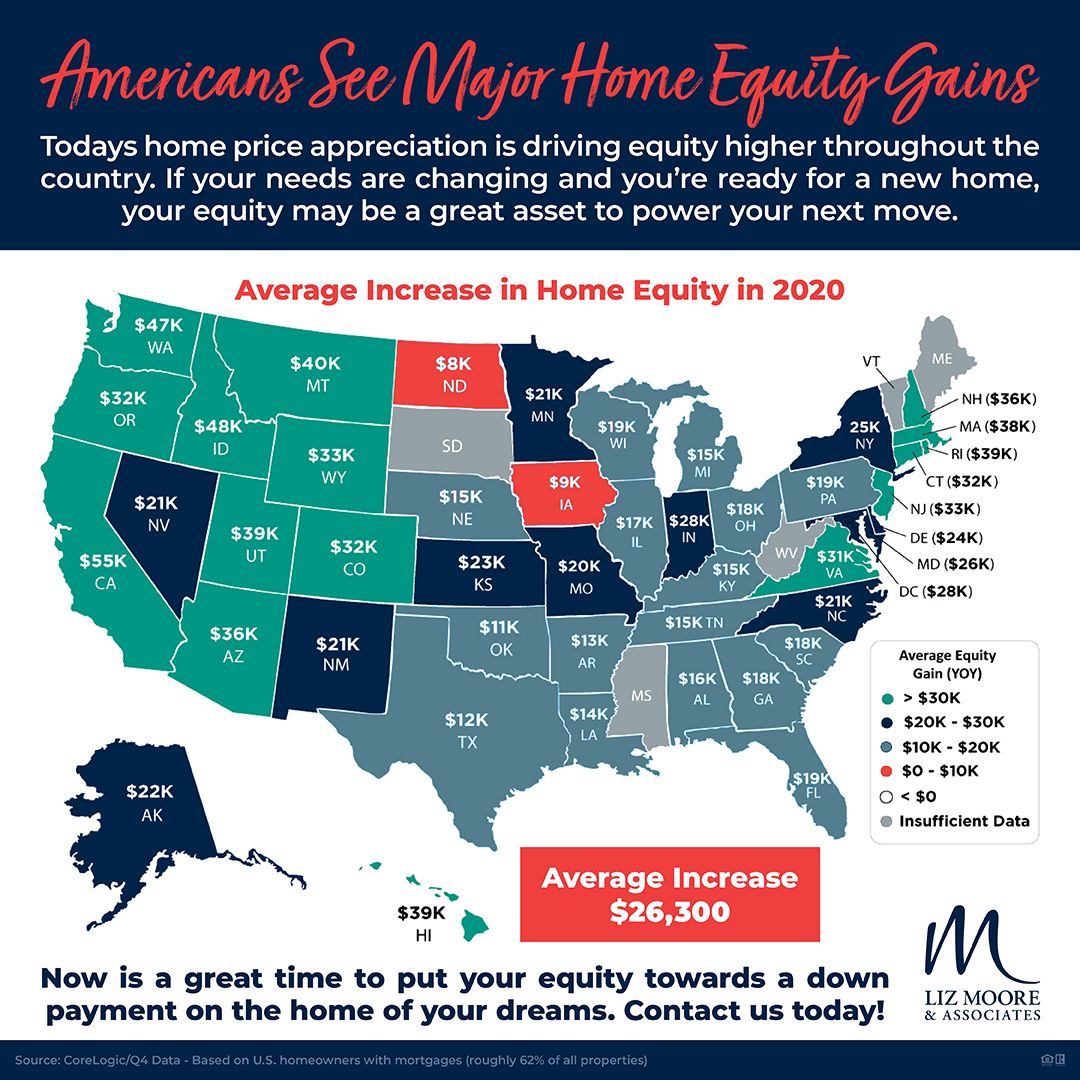 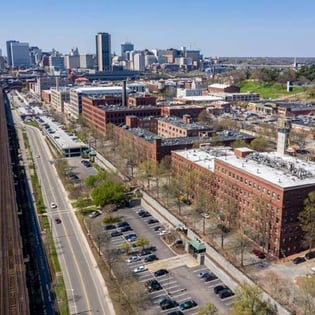 Church Hill is Richmond’s oldest neighborhood. This area, also known at St. John’s Church Historic District, is steeped in history, having been the site where Patrick Henry gave his famous “Give Me Liberty” speech in 1775. Today, the neighborhood of Church Hill boasts quaint restaurants, shops, and homes.

Church Hill overlooks the city in the East End. The area’s name is derived from St. Episcopal Church, which was built in 1742 by William Byrd II, the founder of Richmond. Church Hill is often used to describe the area of St. John’s historic district as well as surrounding neighborhoods including Chimborazo, Fairmount, Peter Paul, Union Hill, and Woodville.

Most homes in Church Hill predate the Civil War and include architectural styles such as Greek Revival, Italianate, and Queen Anne. Church Hill’s streets are lined with row housing, townhomes, and other ornate houses. The area has seen its ups and downs through the years with the latest revitalization in the early 2000s when a slew of new homes and businesses moved into the area.

Nature lovers will appreciate Church Hill as it is close to four parks, Patrick Henry, Libby Hill, Jefferson, and Chimborazo, and provides spectacular views of the James River. Chimborazo Park & Playground features the National Battlefield Park headquarters as well as a miniature version of the Statue of Liberty. The park also has two dog parks, ideal for homeowners with pets.

Meanwhile, Libby Hill Park is one of the three original parks in Richmond’s park system and has great views of the city and river. Another famous landmark is the Church Hill Tunnel. The tunnel, first built in the 1870s as a Chesapeake and Ohio Railway Tunnel, is located 4,000 feet beneath the historic Church Hill area.

In October 1925, the tunnel collapsed on a train passing through, killing four men. Efforts to recover the
train failed and the tunnel, which some believe to be haunted, was eventually sealed up for safety reasons.

Traditionally, the Church Hill Irish Festival is held annually at Patrick Henry Park each St. Patrick’s Day to honor Irish heritage with a parade and Irish food staples such as fish and chips and Irish crafts, music, and other entertainment.

In the Church Hill area, you will also find numerous vintage stores and boutiques, home décor shops, corner markets, coffee shops, and restaurants, including many farm-to-table options. Among the more popular eateries are The Hill Café, Patrick Henry’s Pub & Grille, Alamo BBQ, and The Roosevelt. In
2015, Zagat named Church Hill as one of the top 10 Hot Food Neighborhoods Around the U.S. 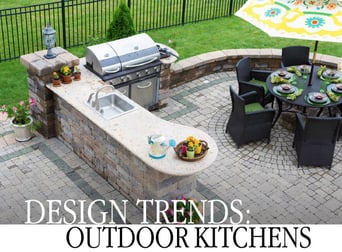 Grilling is great but preparing and cooking your entire meal outdoors is even better! Outdoor kitchens are trending, here's what you need to know to create an outdoor kitchen of your own.

Outdoor kitchens allow for prepping, cooking, enjoying, and cleaning up to happen in one place outdoors, no more trips back and forth from the kitchen to the patio. With outdoor kitchens, everything you need is outside, so you can enjoy your gathering as much as everyone else is.

Cooking outdoors also reduces the heat indoors. Stovetops and ovens can make your home uncomfortably warm and make your air conditioning system work even harder. Shifting some meals to outdoor kitchens allows for lower cooling costs and increased comfort in your home.

Some kitchen features are easier to add to outdoor kitchens than they would be to an interior kitchen. If water features, fire pits, or even a pizza/baking oven are things you'd like to enjoy, your best bet is putting them outdoors.

Traditional outdoor kitchens are comprised of a masonry base tied in to the style and exterior of your home with either brick or stone.

Contemporary outdoor kitchens are characterized by sleek lines and polished finishes like granite and stainless steel.

Whatever your style and preference, there are endless options to customize your outdoor kitchen and make this extension of your home your new favorite spot.